Above and beyond our standard plugs, bfs also offers special models for use in such applications as mining. They can be equipped with a safety valve, have a central degassing system or feature flame-retardant material. Simply ask us about the push-in, bayonet or threaded special plug that you require, to be used in combination with any common vent openings.

The push-in plug with central degassing is designed for special applications. Instead of a gas escape opening on the side, this plug has an additional connector for a hose that is used to control and divert all battery gasses.

A further special solution is the bayonet plug with central degassing: here, too, an additional degassing hose can be connected to control and divert all battery gasses centrally.

The threaded plug can also be delivered with central degassing. Like our other special models, it does not have a gas escape opening on the side but an additional hose connector for a hose that is used to control and divert all battery gasses.

Plug with Security Valve A31000

The plug with security valve is predominantly used in explosion hazard zones, such as in mining. It has an additional check valve for the water intake.

The bfs special plug I51FOV with flame arrestor is predominantly used in automatic battery watering for electric vehicles. Degassing of this plug has been designed in such a way that the only place for battery gasses to escape is the inspection opening below the plug’s lid. This opening is equipped with a flame-proof filter that prevents flashovers from the outside into the plug and therefore into the cell.

The Triple Unit X4N320 was developed specifically for deep cycle batteries with cell vents of 19 mm size and a hole separation of 41.25 mm. This kind of battery would be a battery block that is usually used in street sweepers, motor homes, golf carts and boats. Specifications

Filter EX 09FEX1 is used for gaseous media exclusively. It is not suitable for liquid media. Using the filter on batteries installed with bfs plugs with central degassing, it prevents flashovers of hydrogen gases that can lead to a chain reaction within the individual battery cells.
Specifications 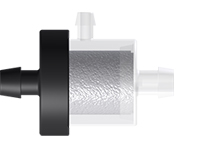 Plug V4N000 was developed specifically to water batteries with 16 mm bayonet openings, for example, the VARTA UPS H series. The adaptor plug is equipped with a float 14 mm in diameter. Specifications 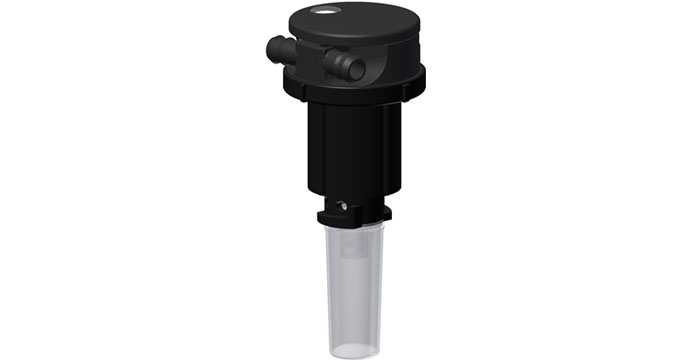 If you are using lead-acid batteries for which no watering system currently exists or if you have special requirements that have to be met, just let us know. We will try hard to find the right solution for your specific application.